It’s bad enough that we can’t all have awesome, built-into-the-frame speed cadence sensors, but the need to tie an ugly zip-tie around an otherwise slick crank arm seems like insult added to injury — especially when the damn thing slips down the crank mid-ride and fails to trigger the sensor. Hit up Google and you’ll find a cleaner solution: larger magnets strong enough to hold themselves to the back side of the pedal shaft.

I tried one out a few weeks ago, and it worked spectacularly — right up until it got knocked off at some point and I was left without cadence measurements. That’s especially annoying, considering that you’ll pay $4-5 for one of these “hidden low-profile cadence sensor magnets.” I found a better — and much cheaper solution.

When I discovered the lost magnet, my first thought was to switch back to the old strap-type magnet to make sure I don’t end up magnet-less at an inopportune moment. But the more I considered it, the more certain I became that the magnet didn’t come off during a ride but rather when when I was unloading the bike or shifting it around the house. If that’s the case, maybe what I really need is five or six of these magnets to throw in my ride bag so I can replace ’em if the bike arrives somewhere sans-magnet. Not wanting to pay $25 (plus shipping) for my “stash,” I looked around a bit on my own.

Pretty quickly, I came across this on Amazon: 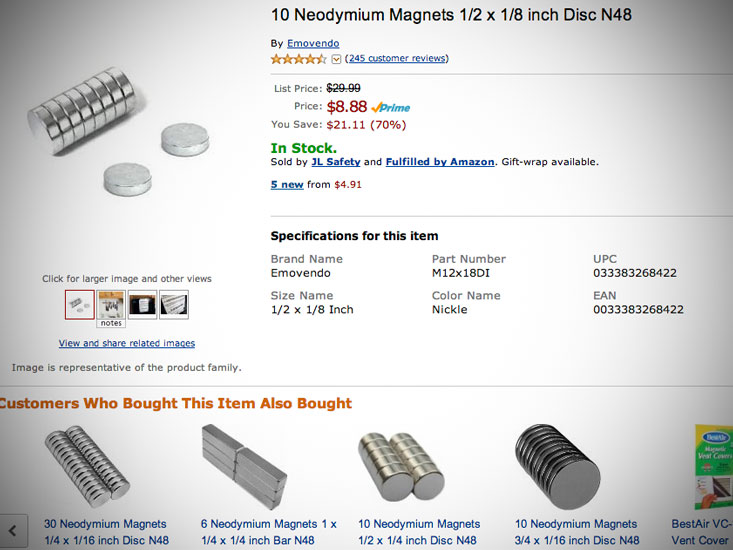 These nickel-plated neodymium magnets exert a claimed 6.1 pound pull force, and at 1/2″ they looked like about the right size to stick on the pedal shaft. I ordered a set, but I also ordered some smaller 1/4″ magnets as well just in case they happened to work. They arrived today. 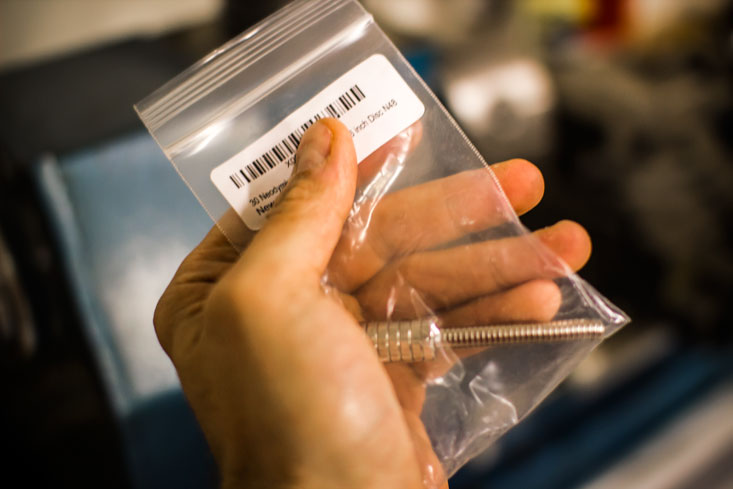 They’re stronger than they look. Really.

How strong are they? Well, they come with a warning: 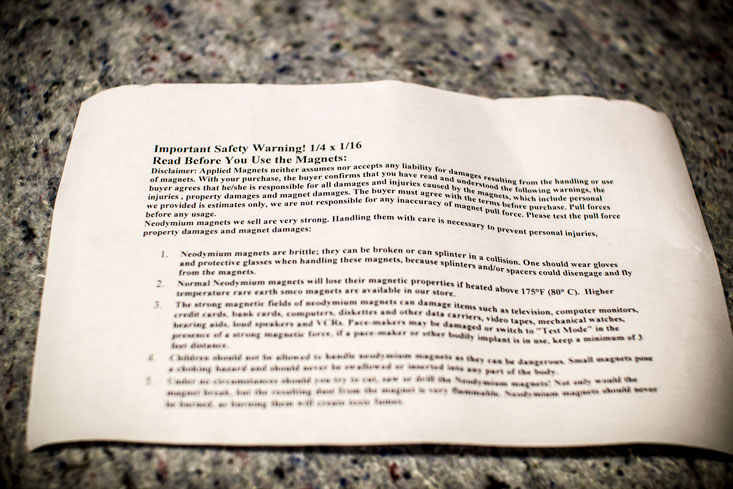 Don’t cut them, eat them, burn them, or get your fingers caught in them.

I tried out the 1/4″ magnets first, but without success. They don’t exert quite enough pull to trigger the cadence sensor’s Hall effect detection, and they also don’t really fit well on the shaft, either. They’re too small, and they fall into the hex fastener indention. Next I tried the 1/2″ model, which fit perfectly. 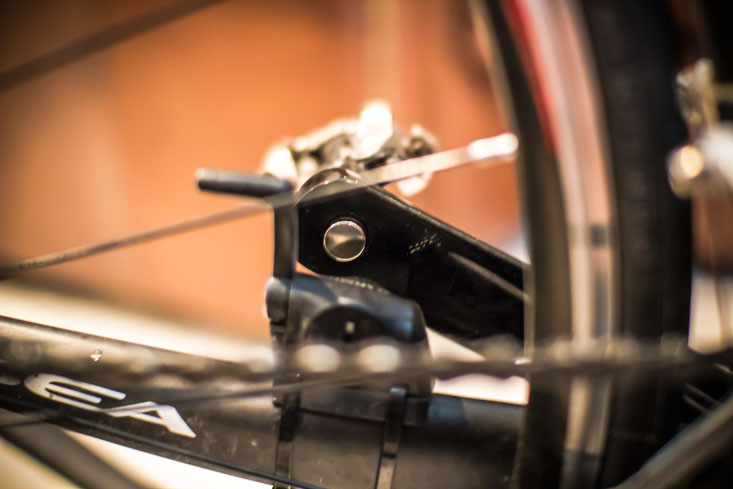 It just covers the shaft. 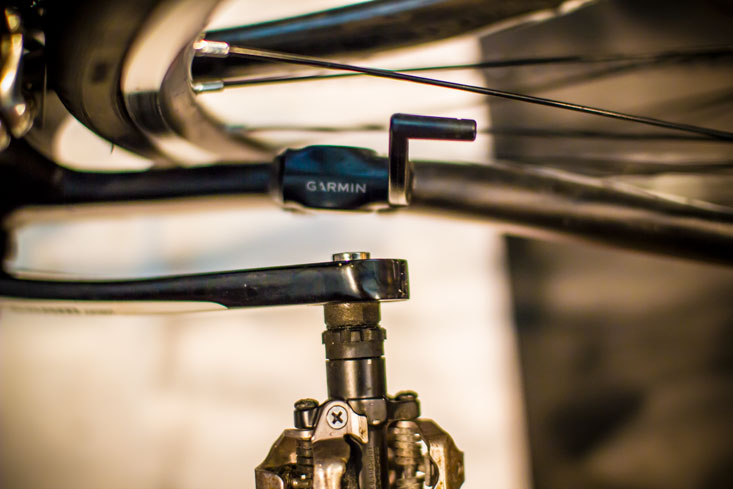 Lots of clearance, and it doesn’t stick out enough to easily get caught on things.

I can’t say for certain, but I think this one sticks a little harder than the first $5 magnet I ordered. It’s a little larger, too, which actually works out well as it perfectly covers the pedal shaft. I pushed and pulled on it a bit, and it doesn’t look like it’ll come dislodged easily. And it looks way better without the zip-tie. Here’s Audra’s bike which still has the ties for comparison: 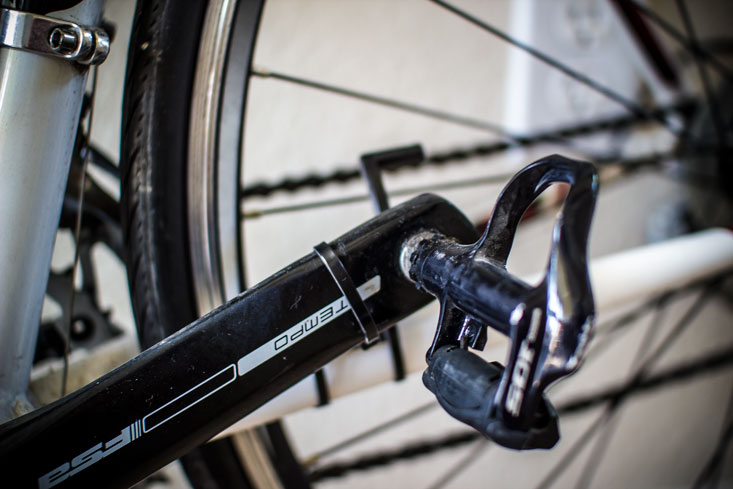 These also slide around a bit once the stickum on the magnet mount wears out. 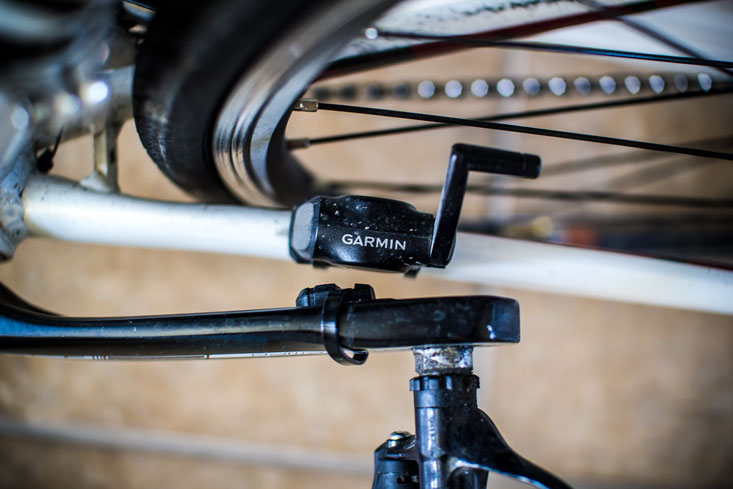 Less clearance than my cheap-o magnet.

Best of all you can get 10 of them for $9, including free Prime two-day shipping. I plan to throw a couple in my bag and to stick a couple to the metal music stand next to my trainer.

I’ll follow up again in a couple of weeks to let you know if they stay attached firmly on outdoor rides, but this looks like a great deal.